What else is on the ballot? Connecticut and Long Island’s ballot measures

This article was updated on Oct. 31 to reflect an additional ballot measure in Suffolk County, N.Y.

Residents of Connecticut and New York will vote on Tuesday, Nov. 8 for candidates for federal, state and local office — but there’s more on the ballot than that. Ballot measures give voters the opportunity to directly influence legislation and changes in their government on issues like environmental protection, voting rights and affordable housing.

Find out about which measures you’ll see on Election Day below.

Shall the Constitution of the State be amended to permit the General Assembly to provide for early voting?

Connecticut is among only four states — including New Hampshire, Alabama and Mississippi — that prohibit early voting. This measure comes 8 years after the last attempt to amend the state constitution to allow early voting via referendum failed in 2014.

Around the Nutmeg State

Fourteen towns and cities are putting changes to their charters on ballots. Andover, Berlin, Cromwell, Madison and Manchester are altering requirements and term limits for certain public officials. Other towns, including Newtown and Southington, are including administrative changes to their charters, like the removal or alteration of certain offices. Most of these towns have also put assorted minor corrections — like clarification of language or previously announced changes — into broader ballot measures, asking voters to simply approve all updates to their charters.

A year after the statewide legalization of recreational marijuana, creating an infrastructure for retail sale has been slow. In a move that could help pave the way for dispensaries to open, the towns of Ledyard, Litchfield and Waterbury have all asked voters to approve the sale of marijuana on their ballots. Waterbury has also included a measure about the production of marijuana.

To see a sample ballot for your town, visit the Secretary of the State’s website.

New York’s statewide ballot measure is the Environmental Bond Act, which would allocate $4.2 billion in borrowing for climate change mitigation and resource preservation projects across the state.

It includes money for pollution reduction, flood and coast protection, land conservation and water infrastructure improvements. The measure requires at least 35% of its aid to benefit economically and environmentally disadvantaged communities.

It was initially proposed in 2020, but it was withdrawn from the ballot due to pandemic-related financial strain.

On Long Island, local ballot measures are less common this year. Suffolk County residents will have a chance to set term limits for the county executive, comptroller and legislators at 12 years total as part of a law signed by County Executive Steve Bellone in June.

Four of the island’s five East End towns — East Hampton, Shelter Island, Southampton and Southold — are including a measure that would create an affordable housing fund through a 0.5% tax on home purchases.

The Peconic Bay Region Community Housing Act, which was passed in New York last year, enables the creation of the fund, if the referendum passes. It aims to support residents of all ages, including first-time home buyers, essential workers and seniors. The Riverhead Town Board opted not to include the measure on its ballots.

The region created a similar 2% real estate transfer tax to fund the preservation of open space, historic buildings and water quality over 20 years ago. The Community Preservation Fund has raised over $1 billion with most of the revenue generated by home sales in the Hamptons. 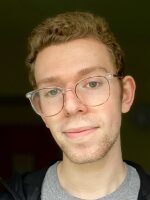