A pending lawsuit blames both the South Country Central School District and the Town of Brookhaven for the death of Javien Coleman, a teenager who is believed to have developed cancer due to toxins emitted from the Brookhaven Landfill while at school.

Coleman was diagnosed with lymphoma in October 2021 and died about a year later, at 13, even after receiving a bone-marrow transplant from his older brother.

In 2019, he started going to Frank P. Long Intermediate School in North Bellport, across Sunrise Highway from the landfill, which serves about 1 million people on Long Island.

His mother, Nacole Hutley, filed a notice of claim Tuesday — which precedes a lawsuit against a municipality — that her son’s cancer was caused by possibly toxic fumes emitted by the landfill.

“His type of cancer is specifically linked to exposure to benzene and TCE, two chemicals — two toxins — that have been demonstrated to be emitted from the landfill and have been found at elevated levels at the school," Hutley’s attorney E. Christopher Murray said.

“So, if you have a young child who's perfectly healthy, has no genetic disposition to the type of cancer, goes into a school which has elevated levels of certain toxins, and then gets the type of cancer that those toxins cause, I don't think it's hard to connect the dots,” Murray said.

Hutley is the latest of over two dozen plaintiffs to file a lawsuit over the landfill’s impact on the environment and health of the community.

“My son, Javien, looked it up and said, ‘If I had known that, I would had never went to school there.’ He said he would never have went if he had known,” said Hutley, of Patchogue.

The family seeks unspecified monetary damages and urges for the district to relocate the intermediate two-year school.

The Town of Brookhaven has not responded to the pending lawsuit.

South Country Central School District Superintendent of Schools Antonio Santana said in a statement Monday that "the loss of a child is extremely heartbreaking."

"The passing of Javien Coleman is a tragedy. We offer condolences again to all of the family and friends affected by his untimely passing," Santana said. However, the district nor the Board of Education will comment on pending litigation.

The district has rejected previous efforts to move or close the school.

“Well, this is about social justice,” Adrienne Esposito, executive director of the Citizens Campaign for the Environment, said alongside the family Tuesday. “Let's be honest: if this school was in an affluent community, do you think it would be located at the base of a landfill? Or do you think they would have moved the school? We think they would have moved the school."

In 2020, the town agreed to pay a nearly $250,000 fine as part of a settlement with the Justice Department and the Environmental Protection Agency for violations of the federal Clean Air Act. Officials have said they would spend millions of dollars to contain noxious odors from the landfill.

The Brookhaven Landfill is slated to close in 2024. A transfer station is poised to accept solid waste at a facility across the street to haul away by the railway. 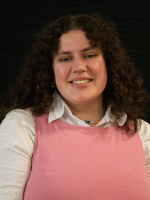 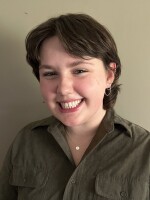