The Long Island Music & Entertainment Hall of Fame will open its first physical location in Stony Brook on Thursday.

“Visitors are going to be shocked that how much talent emanates and is emanating from Long Island. We are a hotbed of creativity,” said Ernie Canadeo, the chair of the hall of fame.

Its new 8,800 square-foot home in Stony Brook Village includes an exhibition hall, a formal Hall of Fame area featuring inductees, a theatre, and a gift shop. It’s around the corner from other cultural centers, including the Long Island Museum, Jazz Loft, and Reboli Center for Art and History.

The exhibition space will change twice a year. On opening day, visitors can explore “Long Island’s Legendary Club Scene,” of the 1960s, ’70s, and ’80s. The space is designed by Kevin O’Callaghan, known for his iconic Popcorn Trophy for the MTV Movie Awards.

“What we have done is that we have recreated clubs from that era. We also have a stage that was created from an actual stage in the 70s with the equipment from that era. People will be able to come in and look at old videos from bands who played back then, and there’s a lot of memorabilia,” he continued.

The exhibit features replicas of popular music venues and shows videos of artists performing. The facility is also home to a permanent “Hall of Fame” with plaques and exhibits to recognize over 120 inductees, including Louis Armstrong, Mariah Carey, Salt-N-Pepa, and many more.

“There’s a lot of memorabilia, and it’s really exciting,” Canadeo said. “The Hall of Fame features items like Billy Joel has donated a motorcycle. Joan Jett is giving us her 1983 Jaguar. We got costumes from Twisted Sister. We have clothing from hip-hop artists.”

The organization was formed in 2004. “Since 2006, we have had induction ceremonies every two years,” he said. “That’s how we accumulated the inductees. We have a committee who selects them. They have to be from the Long Island area, but also including Brooklyn, Queens, Nassau, and Suffolk Counties.”

The group used to be just the Long Island Music Hall of Fame. They renamed it to add “Entertainment” so that in the future, “we will be inducting comedians and people in the film and television industry,” he said. 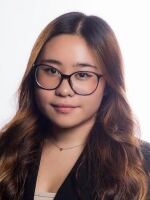