Dr. Brenda Rivera-García is on the ground in Puerto Rico with a team providing humanitarian relief to Puerto Rico after Hurricane Fiona made landfall on Sunday.

Eighty mile per hour winds ripped through the island. Heavy rains and floods persist, dangerously uplifting roads, homes and businesses, including a bridge that was installed by the National Guard following Hurricane Maria, a category 4 storm in 2017.

Rivera-García, a senior director at Americares, a global nonprofit based in Stamford, Connecticut, said along with intense wind speeds, Fiona’s rainfall has already exceeded that of Maria.

A storm advisory will remain in effect, as Puerto Rico is expected to experience more rainfall in the coming days. Americares and other agencies will get the all clear to begin their relief efforts once the advisory is lifted.

“Americares has been on the frontlines of Puerto Rico’s recovery since its response to Hurricane Maria in 2017, delivering medicines, supplies, technical assistance and grants valued at $50 million to support survivors,” the company said in a statement.

Out of 1.5 million households, only 100,000 have regained power, according to national energy reports. Internet on the island is down, but cellular and data remains up. According to officials, only about 30% of the population have access to running water.

However, Dr. Rivera-García has found many hospitals have access to power.

“Our main focus is making sure that people have the necessary supplies and medicine to take care of their health — that includes physical and mental health,” she said. Americares is seeking supplies to donate to Hurricane Fiona survivors.

Officials in New York and Connecticut are working on relief plans to support the island. In 2019, Connecticut was home to the 6th largest concentration of Puerto Ricans in the U.S.

“I will fight for comprehensive relief that provides all the tools for recovery so that Puerto Rico can rebuild from the destruction of Hurricane Fiona,” Blumenthal said in a statement.

He said a goal of federal assistance would be to ensure the electrical grid in Puerto Rico is resilient. The island’s private electricity provider, LUMA Energy, said it could take several days until power is restored across the island.

Ahead of the landfall, President Biden approved an emergency disaster declaration for Puerto Rico, allowing for federal funds to flow to emergency protective measures, including the federal government covering 75% of the cost of emergency medical care, food and water, and disaster operations management.

“I know people want to hear about the well-being of their friends and family, and I want to assure them again that New York state will do everything in our power to help them,” Hochul said.

Hochul also mentioned that corporations, such as American Airlines and Coca-Cola, have pledged their support to the relief efforts. They plan to donate water, sanitary supplies, baby formula and more. Other corporations and organizations are likely to follow suit.

On Monday morning, Hurricane Fiona made a landfall southwest of Punta Cana, a resort town in the Dominican Republic. Rainfall has resulted in mudslides and people have been advised to stay indoors. The storm is projected to strengthen as it makes its way across the Atlantic Ocean.

The hurricane season lasts through November. The National Oceanic and Atmospheric Administration predicts an above normal Atlantic hurricane season this year. The most active part of the season is in August and September.

“Through these extreme weather events are the primary way that we experience climate change,” Kevin Reed, associate professor in the School of Marine and Atmospheric Sciences at Stony Brook University. “Climate change is changing our weather and we need to plan for these types of events in the future.”

He said climate change is worsening the coastal impacts of hurricanes — which are becoming wetter and more intense, causing negative environmental and economic effects for coastal communities.

Reed’s research shows climate change will worsen coastal impacts through flooding and wind damage when storms make landfall. He said there needs to be a global response to extreme weather like hurricanes, to better use climate information for resilience, adaptation and emergency plans.

“Think about here on Long Island in New York, right? We're gonna be talking a lot about Hurricane Sandy in the next month, because we're coming up on the 10-year anniversary. There's been 10 more years of global warming since Hurricane Sandy made landfall and so we can't be planning locally,” Reed said. 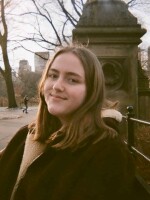