In the fourth district, Democrat Jim Himes won for the fourth time in a row. His Republican challenger, Dan Debicella, called Himes to concede the race late Tuesday night.

Himes' win over Debicella is a replay of the 2010 election, which Himes won with 53 percent of the vote.

He ran on a platform of preserving Obamacare, which Debicella said he would rework. Federal funding for local transportation projects was another big issue. Himes also emphasized the need to break the deadlock in Washington.

"Obviously this has been a fabulously unproductive three or four years in the Congress of the United States," Himes said. "So what I hope for is a real turnaround."

Himes kept coming back to this hope that politicians in Washington could reach across the aisle to pass more laws.

"Frankly, the dysfunction in Washington, D.C., and the polarization of our politics have prevented us from doing something that we have always done as a country, which is to lead," Himes said.

In his concession, Dan Debicella said although he lost, he hopes his ideas can be part of the conversation in Washington.

Despite his second loss against Himes, Debicella said he was proud of the race he ran.

“We talked a lot about how we could create jobs by reforming the tax code, replace Obamacare with market based healthcare reform, and fix traffic here in Fairfield County," Debicella said. "And my hope is that those ideas will percolate into the discussion as our elected leaders try to figure out how to solve these things that our ideas will make a difference."

Debicella said the results were very similar to the 2010 election. He said  it’s hard to say where his campaign went wrong.

“We had a much more active ground game this time than we did last time," he said.  "It didn’t move the needle."

Elizabeth Esty won a second term in the fifth district. Tuesday night, with just over half the district reporting results, Republican Mark Greenberg conceded defeat. That was after he lost more than a few traditionally Republican towns.

Esty will return to the next congress as a member of the minority party again. She says the key is to work across party lines.

"The only way to get something done, is to find a bipartisan buddy, to find issues of common concern, and that's how I was able to get a bill passed," Esty said.

The district spans the Litchfield Hills, as well as cities including New Britain. It's one of the Connecticut districts most evenly divided among Republicans and Democrats.

During the campaign, Esty touted her efforts to create jobs, and to fight gun violence in the wake of the Newtown school shooting inside her district.

Esty said if she could achieve one thing, it would be gun reform.

"If I had a magic wand it would be that," she said.  "In terms of what I think we actually can get done, I think infrastructure is something, some of the transportation infrastructure bills have a real opportunity.

She said her victory was about shared values and ideals.

As results came in Tuesday night, Greenberg supporters saw their candidate losing in the small towns and suburbs in northwest Connecticut that went Republican in 2012. Towns like New Milford, Torrington, Canton, and Newtown. In his concession speech, he said even victories in other towns couldn’t make it up.

“Very close race, very close race," Greenberg said. "However, we don’t have the capability of making it up. The towns that are out there will not give me the margins I need.”

Greenberg told supporters he wouldn't be running again. "I’m going to enjoy my family and my children. If I won I’d do a great job in Washington. If I lost I had my family."

Early on, Esty ran ads suggesting Greenberg would seek to privatize social security. He responded with ads trying to link Esty to Obama. Sacred Heart University political scientist Gary Rose said Greenberg’s defenses were ineffective and came too late to change the course of the election.

DeLauro was first elected to the U.S. House in 1990. She represents the 3rd Congressional District, which includes the cities of New Haven and Middletown.

DeLauro has emphasized her support for the full implementation of the 2010 health care reform bill signed by Obama and her efforts to protect social programs. She also has pushed for equal pay for women and access to paid sick days for all employees.

Courtney was first elected in 2006 in the 2nd Congressional District. He touted his efforts to boost Navy submarine production and bring more jobs to Groton's Electric Boat shipyard as well as his efforts to prevent increases in student loan interest rates.

Republican opponent Lori Hopkins-Cavanagh says she entered politics because of what she saw as the mishandling of the economy, and she pledged to roll back regulations to help small businesses. She also attacked the 2010 health care reform bill signed by President Barack Obama. Courtney is a strong supporter of the legislation.

Larson is known as a strong advocate of defense contractor Pratt & Whitney and for his advocacy of infrastructure improvements. He is also a leading advocate in Congress for fuel cells, an alternative energy that has deep roots in Connecticut.

Corey is a Navy veteran and business owner from Manchester. He called for lowering corporate tax rates and criticized the government's stimulus spending as a form of wealth redistribution. He has also called for banning all flights to and from West Africa to reduce the risk of Ebola infections in the United States. 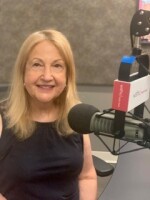