On Monday, Dec. 5, WSHU Public Radio, in media partnership with The Newtown Bee, launched an 11-part podcast series called Still Newtown, chronicling the life of the Newtown, Connecticut community a decade after the tragic shooting at Sandy Hook Elementary School.

Insightfully reported and deeply researched, the podcast reveals a community’s strength and resilience since the tragic loss of 20 children and six educators. Outsiders have sought to tell the story of this tragedy. Still Newtown seeks to elevate local voices and allow the people of Newtown to tell their own stories.

WSHU General Manager Rima Dael said, “One of the most important tenets of WSHU’s work is to bear witness: to show proof that something exists and is true. We chose to tell this story because we wanted to give our community, our region and our country the most thoughtful, in-depth, sensitive exploration of the tragedy and its aftermath. We feel that the journey from trauma to resilience and eventually healing is a story that demands to be told, and which may help so many people.”

The podcast was created by veteran WSHU reporter Davis Dunavin, who covered the Sandy Hook shooting 10 years ago when he was the editor of Newtown Patch. The series will feature 11 episodes, each interwoven with interviews and first-hand accounts of Newtown residents including former Sandy Hook students who were present that day, grieving parents who lost their children, and faith leaders who helped guide their community.

“Our goal was to center the voices of the people affected by this tragedy,” said WSHU Senior Director of News and Education Terry Sheridan. “We knew the only way to tell this story right was to ask for the help and partnership of the local journalists who have told it for Newtowners. The Newtown Bee has given us invaluable advice, guidance and local perspective. Together, we created a thoughtful narrative to reflect on the town’s resilience over the past 10 years.”

Listen to the full podcast here.

A full list of the episode descriptions can be found below:

All episodes are available for download and are accessible on Spotify, Apple Podcasts, and all major streaming platforms. The series is supported in part by a grant from CT Humanities. 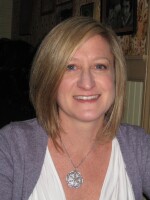 Janice Portentoso
Born and raised in the Boston area, Janice spent the early part of her career managing the marketing communications efforts of entrepreneurial, high-tech companies in Massachusetts. After moving to Connecticut, she discovered WSHU and quickly became an avid listener. These days, she’s much happier communicating about public radio than tech widgets. She extends a big thank you to every listener who contributes…even a little.
See stories by Janice Portentoso