The winter storm that hit the region brought more than two feet of snow to the East End of Long Island and parts of Southeastern Connecticut.

New York officials say storm cleanup equipment is being moved to Eastern Long Island, where it's needed most.

Gov. Andrew Cuomo said Tuesday that about 500 pieces of equipment, including plows, dump trunks, and front end loaders were on their way to Suffolk County from New York City and the mid-Hudson Valley.

Suffolk County Executive Steve Bellone said Tuesday it will take a few days to get all that snow cleared out.

"Moving more than two feet of snow off all the residential roads and side streets is a huge task and the assets that the state is bring to bear will be vitally important in getting that task done as soon as possible," Bellone said, "But we'll have plow operators out there the next few days for sure."

The winter storm brought less snowfall than expected to the western parts of the region.

“This storm wound up moving slightly east, about 50 miles of east of what was expected. It was still a very deep, strong system, but just that slight eastward jog made all the difference.” said Peter Wichrowski, a meteorologist with the National Weather Service.

Parts of Suffolk County and Eastern Connecticut did see snowfall close to what was predicted, Wichrowski said. 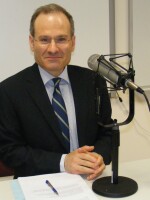