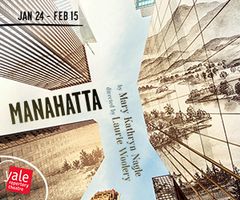 It’s 2008 and securities trader Jane Snake has landed a lucrative job on Wall Street, where her ancestors, the Lenape, were violently removed four hundred years before, when the Dutch “purchased” the island of Manahatta. Past and present intertwine as Jane is caught in the center of a looming mortgage crisis that threatens financial ruin for millions of families––including her own. Suspenseful and sweeping in scope, Manahatta illuminates an interlocking legacy of commercial exploitation and attempts to eradicate the culture of Native people, giving rise to the America we know today.