UConn guard Shabazz Napier was selected as the Most Outstanding Player at the Final Four after getting 22 points and six rebounds in the championship game.

Napier as a freshman won a national title on UConn's 2011 team led by another
star guard in Kemba Walker.

Back at the school's campus in Storrs, thousands of jubilant students celebrated the win.

Millions of people around the country watched the UConn men's basketball team win their second championship in four years.

uconn_basketballprogram_140308.mp3
UConn officials discuss the benefits of having successful men and women's basketball teams that have gained national attention

After the game, Head Coach Kevin Ollie thanked his players, or student athletes, for staying loyal to the program amid a one year suspension from the NCAA tournament for academic violations.

The term student athlete has gotten a lot of attention after a recent National Labor Relations Board ruling that football players at Northwestern University, a private school, should be able to form a union.

Those looking to do so at Connecticut state colleges and universities may face obstacles in doing so. 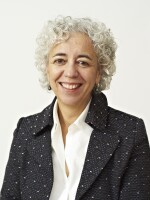