How Connecticut might prevent oversaturation of its recreational marijuana market

Over a year after the legalization of adult-use recreational marijuana in Connecticut, consumers now have a date for when dispensaries open, but economists recognize risks in the budding industry.

But there are roughly 100 more businesses in the state’s licensing pipeline.

A new legal recreational cannabis market brings potential for complications, according to Fred Carstensen, director of the Connecticut Center for Economic Analysis at the University of Connecticut.

He said that because no legal market has existed before, there is no way to gauge demand for recreational marijuana in the state.

“So you don't know what is likely to be available in this state or what the level of demand is gonna be in this state,” said Carstensen, who is a professor of finance and economics. “Years ago, there was this big craze about frozen yogurt and like all these places opened that were selling frozen yogurt, and it just wasn't that level of demand. And so… a lot of them just went out of business.”

This oversupply, or oversaturation, of the marijuana market is when the supply and the number of suppliers outweigh the demand.

This has happened in California, for example, where adult-use recreational marijuana has been legal since 2016. California’s legal marijuana market of over 800 licensed dispensaries oversupplies the demand for both recreational and medical marijuana in the state causing prices to plummet.

In 2017, state data placed consumer demand for both recreational and medical marijuana at 2.3 million pounds of the 13.5 million total pounds produced. This means that California’s market five years ago would be nearly more than eight times the size of Connecticut’s next year.

Still, officials in California say the oversupply of legal cannabis is better than illegal drugs purchased on the black market.

Another aspect to understanding demand for adult-use recreational marijuana in Connecticut is knowing the public demand for legal marijuana, Carstensen said.

“There's no question that [the illicit market] continues to be an issue,” he said. “That's a market that is, in some sense, reasonably well organized.”

Andréa Comer, deputy commissioner of the state Department of Consumer Protection, said she doesn’t anticipate this oversupply being an issue.

“The DCP has been really thoughtful, and its drug control division in particular has been really thoughtful about, ‘How many licenses do we want to release in each lottery round?’ So that we can kind of control the supply chain aspect of this business,” she said. Comer also chairs the Social Equity Council, which has sought to recommend licenses for applicants from areas disproportionately impacted by drug convictions.

Comer said the state’s legal market may edge out the black market because of the regulation of production.

“DCP can't control what happens in the illicit market,” she said. “What we can do is ensure that those who are consuming recreational cannabis that is regulated by us are ingesting safe products and products that they can trace back.”

Comer identified cultivation space in cities as another barrier to oversaturation in Connecticut.

“There's not a whole lot that anyone from a regulatory standpoint can do to mitigate oversupply,” Comer said. “Now, will this situation correct itself? That's probable, because there's not that much cultivator space in the disproportionately impacted areas. Those folks still have to come up with three million dollars, and you know the ability to do that will depend from depend or vary from applicant to applicant.”

A disproportionately impacted area is defined as a community with a “historical conviction rate for drug-related offenses greater than [10%],” a possible target of the war on drugs and biased drug policing.

Over the past year, this definition has changed. Previously, a disproportionately impacted area was also qualified by an unemployment rate of 10% or higher. The Social Equity Council removed this qualification in October.

Dr. Fred McKinney, former Carlton Highsmith Chair for Innovation and Entrepreneurship at the Quinnipiac University School of Business, said that removing the unemployment rate requirement was a step in the right direction but wants the state to do more.

“So, why couldn't the state say for social equity purposes, if you were arrested for cannabis possession or sales, you automatically become eligible for a social equity license?” said McKinney, the principal and co-founder of BJM Solutions, which has studied the importance of social equity in the cannabis industry.

“I think that would've been a better way to go than to sort of do this sociological exercise of creating disproportionately impacted areas,” he continued.

By basing licensing criteria on disproportionately impacted areas, McKinney said that the state is missing another potential criterion.

“I think the problem is the state is just trying to avoid the elephant in the room, which is race and ethnicity,” he said.

This week, the Social Equity Council announced the January 2023 launch of its Cannabis Business Accelerator Program, which will provide “technical business assistance and entrepreneurial support” to legacy cannabis operators and social equity applicants.

McKinney said, the “state is doing the right thing in terms of trying to assist social equity entrepreneurs develop the skills that are necessary to be successful in this space,” though he envisioned a much different organization of recreational marijuana dispensaries in Connecticut.

“I think that [the state] should have carved out some businesses that are sort of non-traditional in the sense they could be public businesses,” he said.

By creating publicly-owned dispensaries in Connecticut, similar to publicly-owned liquor stores in New Hampshire, McKinney said the legacies and systemic effects of the war on drugs in disproportionately impacted areas could be ameliorated.

“It keeps the money in the city,” he said.

McKinney said he recognizes the potential for corruption in public enterprises, but that corruption exists in the private sector as well.

With the current system of cannabis licensing in Connecticut, McKinney said he worries about the development of “minority fronts,” where the qualified social equity applicants of a licensed business will be pushed out after a company becomes successful, leaving the wealthy investors in charge.

“Now, if you are living in essentially the hood, you don't have a million dollars [to open a dispensary],” he said. “Where are you gonna get that [money] from to open your store or open your manufacturing facility or open your growing facility? You're gonna have to rely on other investors. And those other investors are going to demand their pound of flesh.”

In its Sept. 26 meeting, the Social Equity Council approved new language for ownership and control criteria of applicants to “exercises operational authority over daily affairs of the business, has the voting power to direct the management agents and policies and receives the beneficial interests of the business.”

This means an everyday entrepreneur can be bankrolled by a venture capitalist as long as they remain in control of the company. 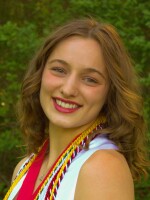