In the Upper Valley, fighting back against Parkinson's with a one-two punch

Parkinson’s disease affects the nervous system. It muddles how the brain sends signals that coordinate movement. In Vermont, it's estimated that one out of a thousand people over age 55 have it.

It's a lifelong condition, and there's no cure. But research shows vigorous exercise — and even a punch or two — can help those with Parkinson's slow the disease.

They use them in a special boxing class designed to help people fight Parkinson’s.

"There’s this thing in Parkinson's that says if you have a positive attitude, you’ll be better, and that’s true," Serat says. "But, you also need to acknowledge that it’s really hard, and you’re sort of losing your life basically drop by drop, and you’re mad about it."

"And," she gestures to the bright blue boxing gloves on her hand, "it feels good to just hit that bag as hard as you can.”

The group heads into a small gymnasium where punching bags hang from the ceiling.

The dangling bags suddenly come to life, rocked by jabs from either side.

Betsy Warren of West Lebanon smiles behind her mask as she gives her bag a one-two combo.

This class, called Rock Steady Boxing, is based on a nationally-recognized curriculum, and Warren says it’s helping.

“Oh, it’s the greatest workout," Warren gushes, breathing hard during a break. "There’s like 23 different things that we do, and it’s all good for Parkinson's, from yelling, using our voice, to big movements."

She adds: "The thought of hitting something seemed like a good idea, especially early on when you’re trying to get used to a diagnosis.”

Parkinson’s disease affects how people move. It slows them down and can make people stoop and shuffle. Tremors are common. The disorder can also weaken a person’s voice, affect eyesight and balance, and can hamper fine motor skills, which can make everyday tasks like buttoning a shirt difficult.

More from Brave Little State: How can older Vermonters 'age in place'?

Physical therapist Samantha Duford is president and cofounder of Upper Valley Programs for Parkinson's. She says her 90-minute Rock Steady Boxing classes target all of those things.

“We incorporate balance, coordination and dual-task walking," Duford says. "We really try to target deficits specific to Parkinson's in everything we do.”

Boxing she says is great for big arm movements and getting heart rates up. But the class also includes yoga stretches, core strength training, brain teasers and hand-eye work. For instance, one of this afternoon's activities involves moving lettered clothes pins from one ribbon to another in alphabetical order while balancing on a cushion.

Suzanne Serat and others in the class say the benefits are immediate.

"Absolutely, when I came into class, I was having something called dyskinesia, which is a random movement and side effect from the medication," Serat says. "And because of doing this, it stopped. So this leg is now still.”

That's not uncommon. Dr. Jim Boyd is director of the Binter Center for Parkinson's Disease and Movement Disorders at the University of Vermont. He says that while intense activity won’t stop symptoms, it can slow them down and make them go away temporarily. It’s why he says classes like this are so important.

"As a practicing neurologist for nearly 20 years now, you do see a distinct difference between those who become engaged in physical activity early in their course, and develop good habits of exercise, to those that do not," he says.

If boxing’s not your thing, Boyd says there are dance classes, Tai chi and other workouts specifically designed for people with movement disorders that can help. And since COVID, many are now offered virtually.

Gary Martin lives in Jonesville, Vermont, and was diagnosed with a movement disorder similar to Parkinson’s 10 years ago. Martin takes a regular dance class for people with Parkinson’s taught by his wife Sara McMahon. He also does a specialized workout called Push Back several times a week.

While he’s now using a walker and wheelchair more often, he says the weekly classes have helped his balance, strength and outlook.

"The tendency for most people with Parkinson's [is] to just hang back and not become involved in life," Martin says. "And this has really been helpful in that regard.”

Back at the Rock Steady Boxing class, the group wraps up its weekly workout in a circle.

Earnest Schori says he was diagnosed with Parkinson's in 2018, and besides boxing, he does Tai chi and core strength training. The physical outlet helps, he says, but so does the camaraderie.

"To know that I'm not alone," Schori says, is important.

Suzanne Serat nods. The workouts feel great, but she says the teasing and support that are part of every class — the catching up with each other, the understanding and honesty — may be even more important.

"You don’t have to explain anything. There's none of you that needs to be embarrassed," Serat says. "I don’t know why, but there’s a shame that comes from having a chronic illness, one that shows, and there’s none of that when we’re all together."

Pointing to the clusters of others in the group who are chatting and laughing after class, she says: "You can just sort of sit there and say, 'It’s not a good day,' and they’ll go 'Yeah.' They get it.”

Have questions, comments or tips? Send us a message or get in touch with reporter Nina Keck: 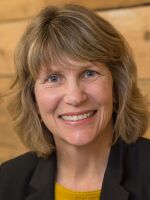 Nina Keck
One in five Vermonters is considered elderly. But what does being elderly even mean — and what do Vermonters need to know as they age? I’m looking into how aging in Vermont impacts living essentials such as jobs, health care and housing. And also how aging impacts the stuff of life: marriage, loss, dating and sex.
See stories by Nina Keck