Oil Train Disaster Near Seattle May Have Been Caused By Sabotage

A fiery train wreck near Seattle last year is under investigation by the FBI and other federal officials. An oil train split in two, then slammed into itself. Ten tanker cars went off the rails; three spilled oil. Now a rail workers union claims the disaster was caused by sabotage. John Ryan from member station KUOW reports.

JOHN RYAN, BYLINE: Millions of gallons of crude oil move around the country every day on trains like this one. It's a chain of rail cars more than a mile long with locomotives at the front and the back, in between more than a hundred black tankers in a row. It's chugging through the Seattle suburbs on its way to a refinery.

RYAN: A train just like this one was carrying a volatile type of oil known as Bakken crude when it ran off the rails about 90 miles north of Seattle. The date was December 22. A fireball erupted, black smoke billowed, and 911 calls poured in from the tiny town of Custer.

UNIDENTIFIED PERSON #1: Just a few seconds ago, exploded - something exploded, a huge explosion.

UNIDENTIFIED PERSON #2: Their train just derailed, and it caught fire. We're right across the street. It's flaming like crazy.

UNIDENTIFIED DISPATCHER #3: Nine-one-one, are you reporting a train derailment?

UNIDENTIFIED PERSON #3: And I need to know if it's safe to be here or if we need to close down the shop.

UNIDENTIFIED DISPATCHER #3: I would say go ahead and please evacuate.

RYAN: As first responders evacuated everyone within a half-mile, heavily armed federal agents swooped in. The FBI had reason to suspect foul play. An anarchist website had called the area's rail lines a primo target. Federal prosecutors say tracks in the area had been sabotaged 40 times that year. Just three weeks earlier, a pair of women were arrested on the tracks nearby.

UNIDENTIFIED REPORTER: Federal investigators say the two women were caught in the act, placing a device on these tracks that would have interfered with the crossing guard here at Cliffside Drive (ph).

RYAN: Federal prosecutors charged them with a terrorist attack on a railroad carrier. The December morning the oil train crashed and burned, it was near the end of an uneventful six-day journey from North Dakota. During a crew change on the day of the crash, the train sat unattended for nearly two hours just outside Custer. Once the train started moving again, it came apart without the crew noticing. Eventually, the tankers in back sped up and caught up to the cars in front. The back half reached 21 miles an hour, or twice the local speed limit, before slamming into the front half.

JEREMY FERGUSON: The union feels it was clearly sabotage.

RYAN: Jeremy Ferguson is president of the union that represents the train's three-man crew.

FERGUSON: But it's very difficult to get a train to come into two pieces like this. It takes a deliberate action.

RYAN: Ferguson says two actions made this train wreck - someone uncoupled two rail cars, and someone disabled the air brakes on those cars. BNSF Railway has said little publicly about the Custer incident and declined to answer questions about it. In an emailed statement, a BNSF spokesperson said that 99.999% of all BNSF hazardous material shipments are delivered without incident. According to internal documents obtained by KUOW, North America's largest rail company has faulted its crew for not running an electronic test on the train's brakes before departing. In the documents, the company claims that test would have detected the disabled brakes.

Russell Quimby is an independent investigator of rail accidents. He retired from the National Transportation Safety Board after 22 years there. He says this crash was no accident.

RYAN: The Federal Railroad Administration expects to make an official finding on the crash's causes later this month. The FBI won't say if its criminal investigation has turned up any suspects. 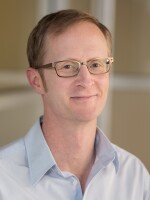