The New York state legislature returns to the Capitol next week, and tenants’ rights advocates are pushing for passage of bills to cancel rent payments and offer other protections for the duration of the coronavirus emergency. They say without some relief, a massive housing and potential homelessness crisis looms.

Tenants’ rights groups protested in the Bronx and on Zoom Wednesday over what they fear is a looming housing crisis, for tens of thousands of out-of-work New Yorkers struggling to pay rent.

“The tenants, united, will never be defeated,” a small group chanted.

The bills all have majority party Democratic sponsors in both houses of the legislature. One, sponsored by Senator Julia Salazar and Assemblywoman Yuh-Line Niou, would free tenants from having to pay back rent beginning on March 7 of this year, when the pandemic intensified in New York. Rent would not be due again until 90 days after New York’s ongoing state of emergency is lifted. And it would freeze rents at pre-pandemic levels for five years.

Another bill by Senator Zellnor Myrie and Assemblymember Karines Reyes prohibits evictions during the duration of the COVID-19 emergency, and also prevents courts from issuing any judgments against tenants, or acting on foreclosures.

A third would provide housing vouchers to homeless New Yorkers or those in danger of losing their homes.

Esteban Giron, with the Crown Heights Tenant Union, says while he’s representing many tenants unable to meet rent payments through his organization, he’s struggling to pay his own rent. Giron is recovering from the coronavirus and still suffers from complications including breathing problems and blood clots.

He says he and his husband, who also had the virus, did not lose income due to the pandemic-related shutdown, so don’t qualify for unemployment, but they have had a lot of unexpected and costly medical expenses.

“We had to decide if we were going to pay rent or if we were going to be able to buy food and medicine,” said Giron “I know we can get back on our feet, but in the meantime the bills are adding up. And our landlord is about to have the ability to make us homeless in just a few weeks.”

Governor Andrew Cuomo issued an executive order prohibiting evictions for anyone who has not paid rent since mid-March. It expires August 20.

Giron says if the order expires without any additional action by the governor or the legislature, there will be a significant housing crisis.

“There are desperate people trying to not get evicted right now,” Giron said. “And we’re not going to go quietly.”

Amber Johnson, with Citizen Action, speaking from her home outside Binghamton, says it’s not just a New York City problem.

“I’m hearing from people in regards to their landlords doing illegal evictions and them not feeling protected,” said Johnson. “Some people are really afraid of what’s going to happen to them and their children.”

The measures also include some protections for landlords, who may have to make mortgage payments on their property or finance repairs and maintenance. It sets up a fund for small landlords, apartments managed by nonprofit organizations, and for housing authorities, to help make up for their loss in income, says Lourdes Melo, with Neighbors Together.

She says in one of the richest states in the wealthiest nation in the world, the money can be found.

The governor has not yet said whether he will extend the moratorium on evictions. Legislative leaders have not yet committed to supporting the bills. 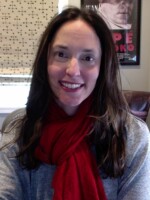