The mayoral election in West Haven, Connecticut, has been taken to court.

Cohen was up against incumbent Mayor Nancy Rossi. She won a third term in last week’s election by 32 votes. The close results triggered Cohen's complaint — he claims there were irregularities with the counting of absentee ballots. He wants the ballots thrown out and to be declared the winner or to have the city hold a new special election.

City officials said they followed the election by the books, and that no new election is necessary. 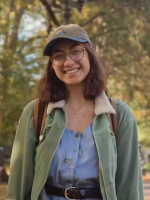