“If you buy an electric vehicle from a dealer,” Kresch said, “you can get the rebate.”

That rebate comes from a program called CHEAPR, which has a simple goal: getting more electric vehicles (EVs) on the road to cut pollution, boost public health and fight climate change.

But EV adoption in Connecticut has a long way to go if the state wants to hit an ambitious target of getting more than 125,000 electric vehicles on the state’s roadways by 2025. And while this year has seen a spike in EV sales, overall registrations are still far off the goal.

Data from the state Department of Motor Vehicles show about 17,000 electric vehicles registered in Connecticut. In addition to cars bought at dealerships, certain Tesla models are also eligible for the rebate.

“CHEAPR is a great mechanism,” said Katie Dykes, commissioner of the Department of Energy and Environmental Protection. “But to meet our goals for addressing air pollution and reducing greenhouse gas emissions, this program is going to need a larger-scale funding source.”

Since CHEAPR (the acronym stands for Connecticut Hydrogen and Electric Automobile Purchase Rebate) began in mid-2015, it’s produced about 7,000 rebates totaling more than $12.2 million, state statistics show. That means CHEAPR impacted about 40% of all EV sales.

The program is funded through a fee on new vehicle sales and a fee on registration renewals.

In 2020, the state stabilized funding for the program at $3 million annually. But data show CHEAPR is significantly underspent. So far this year, the CHEAPR program has issued around 570 rebates totaling about $550,000.

Last year was even worse, with state data showing 675 rebates totaling about $725,000 over the entire 12 months.

Kresch, who serves as president of the EV Club of Connecticut, attributed that dip to the pandemic and to program modifications in 2019 that reduced rebates and lowered price caps for fully electric and hybrid vehicles.

“The lowering of the MSRP cap from $50,000 to $42,000 excludes a lot of vehicles that were previously eligible,” Kresch said. “Participation in the program dropped off immediately once that previous program change was made.”

Unspent funds can be rolled over into the following year and used to reevaluate rebate levels, but “the goal is to expend all funds in the budget year,” wrote Paul Farrell, director of air planning at DEEP, in an email.

Now, in an effort to boost participation in CHEAPR and get more EVs on the road, the Lamont administration is rolling out a host of reforms to the way the rebate works, including raising the rebate for fully electric vehicles at point of sale from $1,500 to $2,250, adding incentives for new and used EV purchases, and increasing rebates for plug-in hybrids and fuel cell vehicles. One hope is to make EVs more accessible to more segments of the state’s population.

“The policies are awesome, but it’s not the silver bullet,” said Shelley Francis, co-founder and director of EVHybridNoire, which works to advance equitable EV adoption.

“When you start thinking about moving beyond early adopters, who tend to skew more homogeneous in terms of what they look like, if you’re really trying to widen the tent for EV adoption, you have to intentionally engage more diverse communities,” Francis said. “It goes beyond multiethnic and racial groups. It is the retiree community, it is young professionals, it’s folks who live in rural communities, the LGBTQI community, as well as the disability community, Black, Latinx, Indigenous communities, who often have not been part of these conversations.”

Farrell said his agency is working with community-based organizations to promote CHEAPR and the benefits of EVs at upcoming events like car shows, farmers markets and even a “chili challenge.” 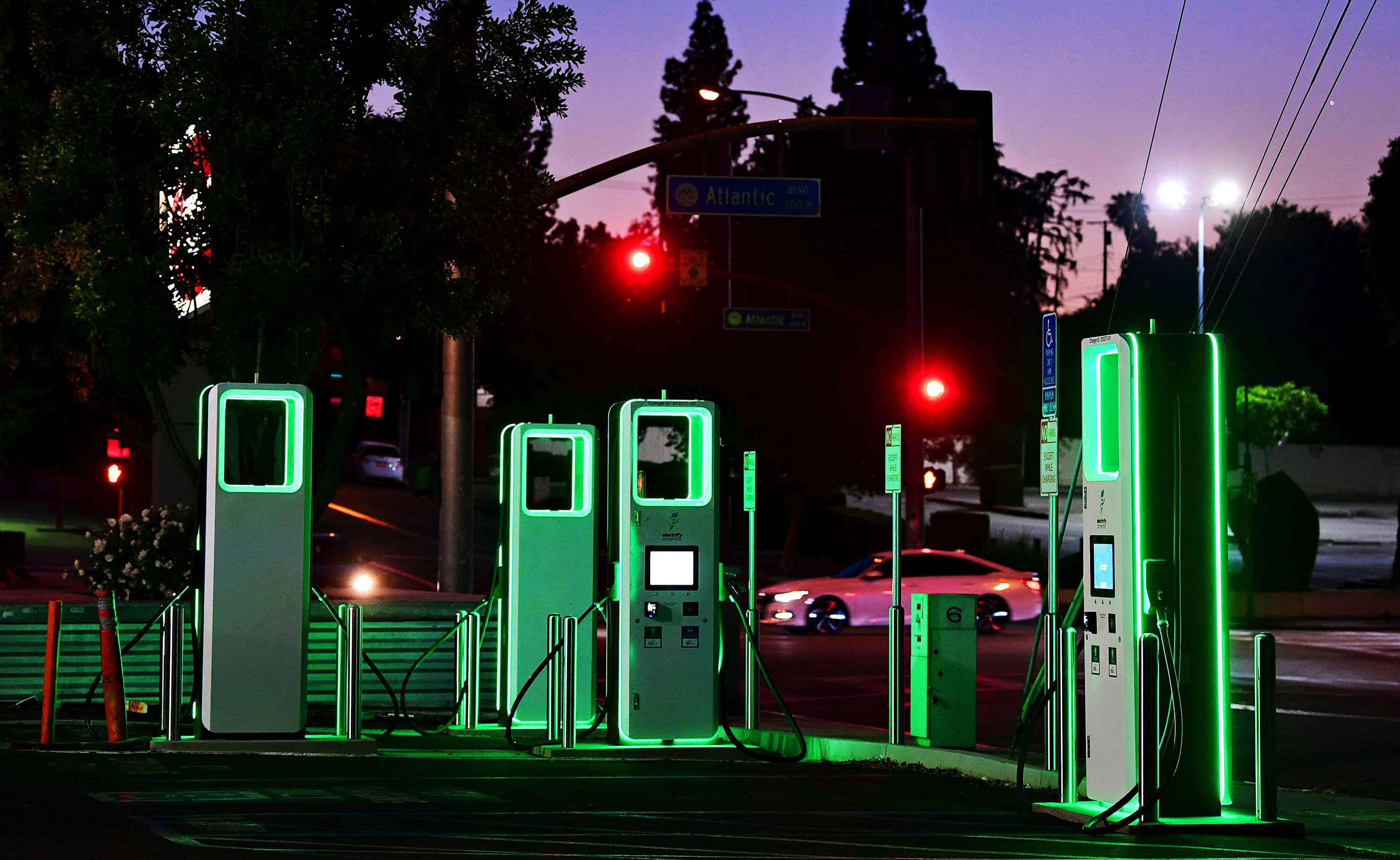 “There is a lower rate of EV adoption in this group, so there needs to be outreach,” Kresch said. “It’s going to take some time.”

There’s also the backend work of processing the new rebates. The state DEEP said in July that no one had taken advantage of either of the new income-eligible rebates and that the agency was working with car dealerships to get new computer systems up and running. Then there’s the logistics of finding charging stations at home if you’re a renter. 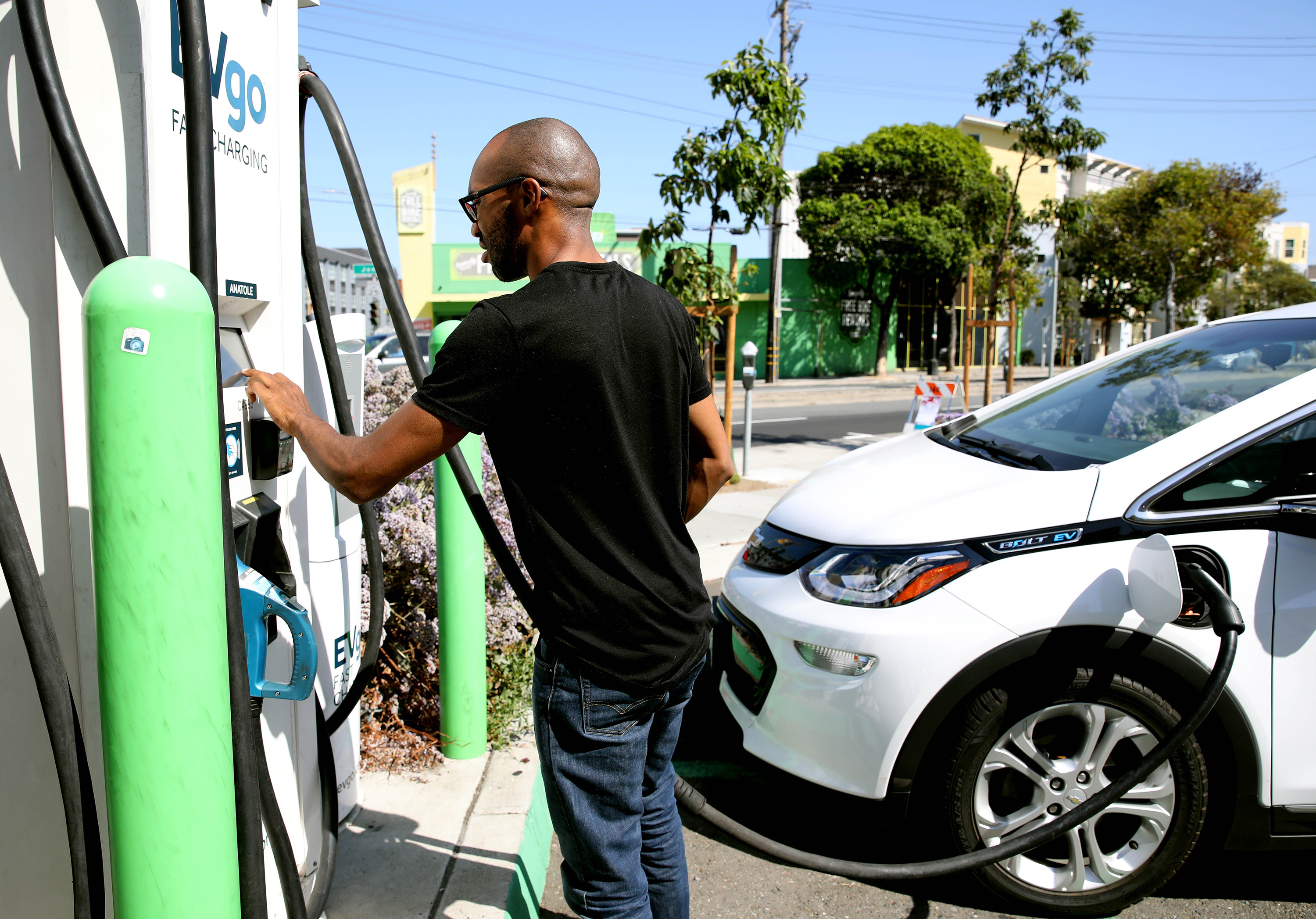 Valenti said “normal” inventory levels are low for all models. He estimated about 5% of his inventory was electric.

And with limited EV stock, when buyers purchase an EV, they tend to hang on to them, which can make developing a market for used EVs sluggish.

“We’ve seen a few come in,” Valenti said. “But I haven't seen a whole bunch of used e-vehicles. We get some from time to time.”

“[It’s] a bit of a chicken-and-egg situation,” Kresch said. “[Dealers] aren’t sure there’s a market there, and the fact that they’re not obtaining the inventory prevents the market from developing.”

But Francis said rebates can only go so far. She said investments need to be made in educating buyers about new electric cars as the variety of models increases.

“This is a front-line technology,” Francis said. “We are asking people to shift 120 years of habit of going from fossil fuel back to electric, because we drove electric cars at the turn of the century.”

Francis, who drives a Nissan Leaf and a Tesla, said her group is especially excited about the release of the new all-electric Ford F-150 truck, which she believes will appeal to more buyers.

Valenti rattled off a long list of hybrids and fully electric cars that he’s tested and sells at his auto group, including the Volkswagen ID.4 and the Ford Mustang Mach-E.

“People should really have an open mind with electric vehicles,” Valenti said. “It’s taken a while to evolve, I think, but the manufacturers are really getting behind them.”

Valenti said that his auto group just placed about 20 orders for the new all-electric Ford F-150 Lightning and that dealers are excited to sell EVs as manufacturers unite behind the product.

“More models are becoming available,” Valenti said. “I think it’s going to take off tremendously. So I think you’ll see the inventories increase as they start producing more.”