This December marks ten years since the Sandy Hook school shooting in Newtown, Connecticut.  The tragedy shook the country.  It also sparked a national struggle over how to address key issues like school safety and mental health, which we’re still having today.

In 2012, WSHU’s Davis Dunavin was the editor for the online news platform, Newtown Patch.  He covered the story that day.  And for the past decade, he has continued to report on the town and on how some residents have emerged from the tragedy.

On December 5, WSHU Public Radio, in partnership with The Newtown Bee, will launch the podcast: Still Newtown.  It’s an 11-part series reported by Davis that shares the story of a community’s strength and resilience. 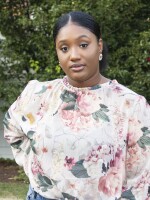 Tom Kuser
Tom has been with WSHU since 1987, after spending 15 years at college and commercial radio and television stations. He became Program Director in 1999, and has been local host of NPR’s Morning Edition since 2000.
See stories by Tom Kuser 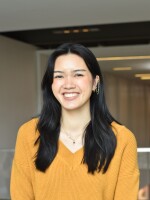 Sophie Camizzi
Sophie Camizzi is a current news fellow at WSHU, studying at Sacred Heart University. She is a native of Ansonia, Connecticut.
See stories by Sophie Camizzi