Last year, 2021 set the pace for the United States to develop offshore wind in the Atlantic Ocean. The Biden administration wants America to generate 30 gigawatts of offshore wind by 2030.

A year later, there was a flurry of development offshore in New York and Connecticut. Because New England’s offshore winds are speedy and steady, with shallow waters, the region is ideal for the future of America’s offshore wind.

The first offshore wind farm has been approved in New York and is under construction. The Revolution Wind project in Connecticut, once permitted and constructed, will serve 350,000 homes in Connecticut and Rhode Island. Along with two other offshore wind farms, including South Fork Wind near Montauk Point on Long Island, nearly 2 gigawatts of wind power will be generated.

This comes a year after the Biden administration announced the goal for the United States to generate 30 gigawatts of offshore wind by 2030. The effort will help mitigate climate change by shifting more than 100 million homes away from fossil fuels to renewable energy.

“When it comes to transitioning the way we use energy, historic really is an accurate adjective of what is happening right now. We are transforming from — or transitioning from — fossil fuels to renewable energy,” said Adrienne Esposito, the executive director of Citizens Campaign for the Environment.

The call for clean energy integration comes at the heels of the recent United Nations Intergovernmental Panel on Climate Change (IPCC), which showed the U.S. has all the clean energy tools necessary to make the change and cut carbon emissions in half by 2030. However, the push to transition to clean energy is a must, according to the climate reports.

If 30 gigawatts of offshore wind is generated, 78 million tons of carbon emissions would be cut.

Connecticut is home to wind turbine staging and assembly for three offshore wind farms through developers Ørsted and Eversource. The two companies are working together toward supporting the state’s goal of a zero-carbon electric grid by 2040.

“By 2035, the Northeast in the mid Atlantic states are looking to install 32 gigawatts of offshore wind capacity,” said Mike Ausere, vice president of business development at Eversource. “And just to give you a sense of the size of New England, if you look at all the New England states on the hottest summer day, our peak power consumption is around 22 gigawatts.”

The offshore wind projects will provide more job opportunities — approximately 77,000 — across the U.S. for people with all backgrounds including those that are skilled laborers and those in the trades — many of which slated for New York.

“What many would say is that we are actually investing in our future both from the perspective of cleaning our grid, but also with respect to building job opportunities, and investments across our state that will only continue to build over time,” said Doreen Harris, president and CEO of New York State Energy Research and Development, during a recent meeting with environmentalists.

But renewable energy, though growing, provides far fewer national energy needs, which is supplied mainly by oil, coal and natural gas. These fossil fuels provide about 80% of America’s energy, and natural gas provides about a third.

Ausere said offshore wind is not all that is needed to transition to clean energy. Solutions ranging from solar to hydropower are on the table at Eversource.

“We're going to need to have a continued focus on this at the state and the federal level to — and you touched on this — this integration of his clean power resources,” he said.

Transitioning from fossil fuels to clean energy is both critical and a challenge, and it requires solidarity and support from the community, said David Ortiz, head of market affairs for New England Ørsted.

“Stakeholder engagement is absolutely central to our success as a joint venture partnership with our existing projects and future ones and for this industry,” he said.

That is applicable to the Sunrise Wind Project by Ørsted and Eversource to provide training for people in Connecticut, New York and Rhode Island to be wind technicians, operators and provide other job opportunities, Ortiz said.

New York’s first offshore wind farm, South Fork Wind, is expected to be complete by the end of 2023. South Fork Wind is a 130 megawatt project serving around 70,000 homes in eastern Long Island.

For both Revolution Wind and Sunrise Wind, there is a new ship under construction, partnering with Dominion Energy. At Eversource, Ausere said this being one of the largest, most sophisticated wind turbine installation vessels in the world will eventually find its home in New London, Connecticut. The vessel, Charybdis, is being built in Texas, which has an anticipated completion date for late 2023.

“And it's going to be built here in the United States, with U.S. steel by U.S. workers, and crewed by your U.S. crew,” Austere said. “So very excited for the U.S. It will be the first of its kind.”

A smaller, 260-foot-long ship is planned to be docked in Port Jefferson on Long Island’s North Shore.

“We as a state have five offshore wind projects in active development,” said Harris with NYSERDA. “This is about half of our 2035 goal. And it is not only the largest goal in the nation, but the largest pipeline of contracted projects that will be delivering toward that goal.”

She said she wants to see offshore wind become a critical facilitating resource while also being the source that will decarbonize the power grid, especially downstate.

Ortiz said this shows developers that states are taking initiatives to unify in utilizing wind energy off the coast of Connecticut and New York.

“The takeaway is that we can do this and we need to do it,” he said. 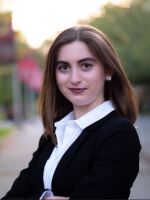 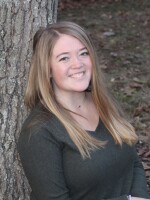