A white supremacist group flyer featuring a blue arrow piercing a red hammer and sickle has been found in Riverhead, Long Island.

The Riverhead Police Department says the flyer was posted on a telephone poll in a Polish and Hispanic neighborhood by the Patriot Front white supremacist group.

The group has said that Americans are of white, European descent, and being born in the U.S. isn’t enough to make someone American.

The Southern Poverty Law Center, which monitors hate groups, says the Patriot Front formed after breaking off from a neo-Nazi group that was responsible for the Unite the Right rally in Charlottesville, Virginia, in 2017. 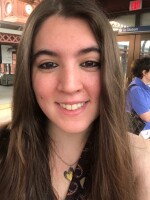