Hochul became the state’s first woman to hold the office in August 2021 when then-Governor Andrew Cuomo resigned amid impeachment hearings into sexual misconduct allegations and his handling of the pandemic. Republicans had hoped to oust Democrats from “single-party rule” in the governor’s office and state Legislature.

Hochul’s campaign emphasized access to abortion, including protections for medical service providers and patients from other states. She also supports gun control legislation after a shooting killed 10 people at a grocery store in her hometown of Buffalo. 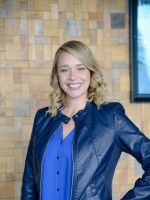