Connecting art with science, an exhibition of sculptures, beadwork and video games questions where a culture can sustain itself when it no longer has access to the environment.

Stony Brook University hosted a panel discussing the intersection of art, environmental justice and Indigenous knowledge on Thursday, Oct. 27. The exhibit “Connecting the Drops: The Power of Water” at the Paul W. Zuccaire Gallery explores the work of seven artists on how contemporary art — including Indigenous knowledge — can inform the mitigation of water pollution and the stewardship of environmental justice in the face of climate change.

“As we acknowledge the reality that we are in a university that is located on stolen land, I would invite for us to think about what that means as we encounter all of these speakers’ work,” Dr. Asare said.

Missed the panel? Artists Leonard and Genia, and Dr. Pikitch, speak with WSHU's Deidre Redhead about the combined effort of science and art fosters discussion about the role of Indigenous knowledge in face of climate change.

Genia, an educator and community organizer, acknowledged the disconnect that non-Native people have with their environment. Crediting her grandfather, James, for her love of water, she said not being in tandem with land and nature is an unfamiliar aspect to Dakota culture.

“There is a profound separateness from nature in western thought and philosophy,” Genia said.

As a tribal employee for 16 years, Smith said that living on Shinnecock land is to fight for what is already yours. Originally, tribal land stretched from East Hampton to Brookhaven, approximately 43 miles. Now, she said, they are “blessed to have that space,” on a territory in a small corner of Southampton.

“It is a shrinking peninsula with migrating wetland,” Smith said. “We’re running out of space for tribal members that currently live there.”
Smith said it is not simple for Shinnecock members to relocate to a new place, nor is it easy to stop the problem such as rising sea levels near shoreline homes altogether. The solution, she said, is to learn to live with these climate issues by building a stronger and more resilient community.

“We know that it is happening, but what can we do to continue to exist there and go with the flow?” she asked.

Over the last few decades, Shinnecock Bay — adjacent to the tribe’s territory — has been polluted by the Hamptons, leading to habitat destruction for shellfish and other marine life. Pikitch has taken on the task, alongside nonprofit conservation group Mission Blue, in using nature-based solutions to help restore organisms that live in the waters, in part by repairing the loss of eelgrass, a sea plant native to the bay.

The program delved into recognizing Indigenous people and their efforts to preserve their culture and land at the forefront of climate change conversations.

During the panel, Leonard became emotional, as she explained that this was her first time being on a panel with another Shinnecock person. Leonard said it’s important to be intentional in collective efforts to address environmental conservation. She criticized nonprofit organizations, like Greenpeace, for being among the “most violent towards Indigenous communities,” which the group recognized in an October 2021 release, and Sea Shepherd for cyberbullying an Iñupiaq teen for whaling, a practice and way of life for food in their community, according to High Country News.

Leonard said that while many non-profits that protect animals, they fail to protect Indigenous lifestyles due to the lack of understanding the lifestyle or cultural context. Smith also made the comparison to Native people in Alaska.

“When they talk about the cold regions and the glaciers melting, it’s not necessarily that they’re talking about the Indigenous populations that live there,” she said. “There are people that will oftentimes feel the impact first and they will feel it greater.”

The panelists reinforced that climate activism makes its greatest impression when the people who are disproportionately impacted get to lead these conversations.

“They have to be present as decision makers in all forums,” Genia said.

For example, a 2021 study by the Indigenous Environmental Network and Oil Change International found that Indigenous activists in the U.S. and Canada “stopped or delayed greenhouse gas (GHG) pollution equivalent to at least one-quarter of annual US and Canadian emissions.”

For Leonard, who teaches in Minnesota, the fight to be acknowledged and centered in discussions around climate policy and conservation still has ways to go. She said she wishes to see the effects of tackling that wealth, infrastructure, and limited resources back into the land she grew up on — with Shinnecock people.

“I would love to just be home,” Leonard said.

The panel, which was held in-person, was co-sponsored by the Humanities Institute of Stony Brook and achieved by a donation from Drs. Barry and Bobbi Coller. 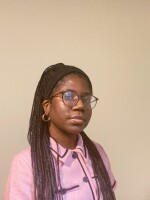