New York Governor Kathy Hochul took a test ride on the first direct Long Island Rail Road train to Grand Central Terminal as part of the new East Side Access terminal, a project more than a decade late and billions of dollars over budget.

The new commuter rail and terminal are expected to officially open in December 2022.

Hochul joined Metropolitan Transportation Authority Acting Chair and CEO Janno Lieber and LIRR President Phil Eng to view the new terminal on Sunday. The East Side Access terminal is among the largest new terminals to be built in the United States since the 1950s and the first major expansion of the LIRR’s connection to New York City in more than a century.

“We were already over capacity before COVID,” Lieber said. “Maybe this gives us a little breathing room and I think Long Islanders will embrace it.”

The new Grand Central terminal will increase the LIRR’s capacity into Manhattan by 50% with up to 24 trains per hour. The MTA said it could decrease Queens and Long Island commuters’ travel time to the east side by 40 minutes per day.

“That's music to everyone's ears. That means you can take a little longer getting ready in the morning. That means you're going to see your kids sooner at the end of the day, reducing the roundtrip commute by forty minutes,” Hochul said. “Every minute matters when you're a commuter. That's going to be extraordinary.”

In addition, Metro-North will be extended to Penn Station for the first time. Hochul, who’s running for the Democratic nomination for governor next year, said she hopes to make infrastructure projects like this a hallmark of her administration in upcoming years.

The East Side Access project began in the 1990s and was repeatedly delayed. Construction began in 2007, four years before former Governor Andrew Cuomo took office. The project was initially projected to cost $2.2 billion — tt currently stands at $11 billion.

Eng, the LIRR president, said it's “a new chapter in LIRR history.”

It will also include the longest hi-rise escalators in the MTA system, totaling 182 feet in length. They will connect commuters from the concourse to the mezzanine of the terminal below Park Avenue.

“Right now we’re in the stage of not only getting 29 separate systems and 20,000 devices, complicated technology of a modern facility in order. That’s really the work that remains to be done,” Lieber said. “We’re now entering the period where we’re training the entire LIRR workforce who’s going to operate the trains here, maintain the systems, and make sure they’re safe.”

This new terminal will also reduce crowding at Grand Central Terminal and overcrowding across Queens and Long Island. 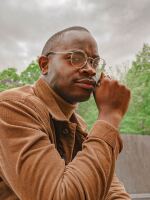