Is Mysticism Where Science, Art and Religion Meet? 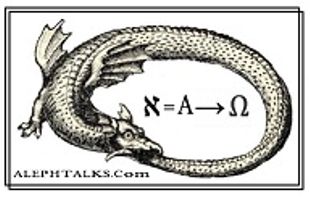 Religion and science are each at different respective crossroads today. Religion in the United States played a major role in everyday life and culture up to the Civil War and has been dropping in importance with the largest growing group in the United States today being those that profess no organized religion, while all major faiths have seen dropping numbers of congregants: materialism is ascendant. The global population today follows Catholicism, Islam, Hinduism, Buddhism, Judaism, and hundreds upon hundreds of smaller sects, including Unitarian Universalism: Science faces a fundamental crisis: after five hundred years of progress, it has become clear that only 5% of the universe consisting of matter/energy has been studied, while 27% of the universe consists of dark matter and 68% consists of dark energy, and there is a furious intellectual race to come up with ideas to reconcile observations with theory. Is there some possible linkage that would rejuvenate and link both science and religion?

Group discussions follow multimedia content on ancient concepts and cutting-edge theories, exploring:
Religion is an increasingly irrelevant part of daily life, with growing numbers citing their religious affiliation as NONE.
Spirituality is becoming equally insignificant, with materialism ascendant, and more people questioning the meaning of life.
At the same time, Western science, after five hundred years, finds it has been studying five percent of the Universe.
Illustrative sources include The Tao of Physics and the 26-year correspondence between psychoanalyst C.G. Jung and physicist Wolfgang Pauli: Atom and Archetype.